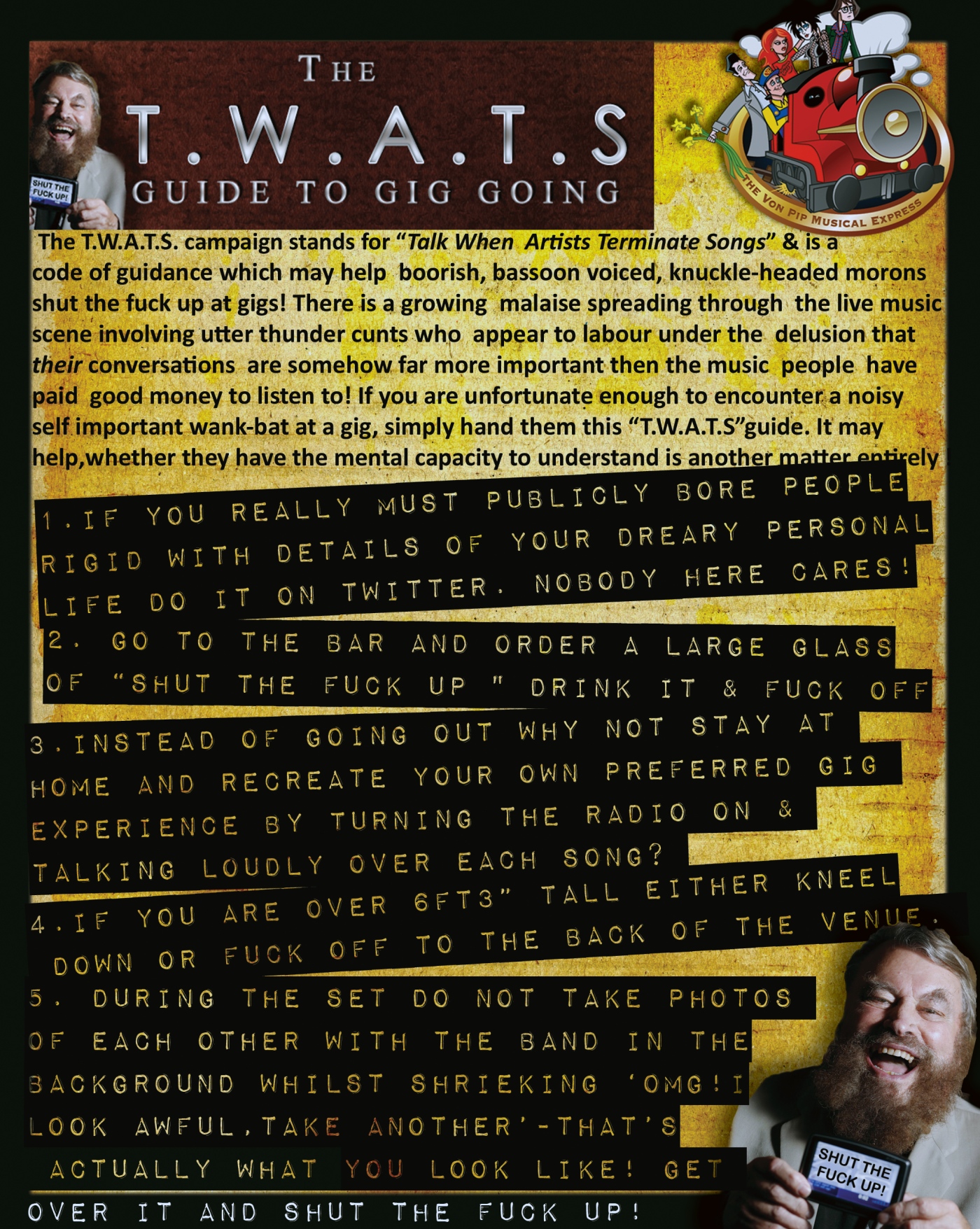 If you’re a regular gig goer I’m sure you’ve  noticed, over the last few years, the increasing  number of annoying,  imbecilic dullards in attendance  who decide to strike up a conversation at the exact point an artist/band begin their set.  I mean really, if you want to be a Facebook  staus update made flesh or have a good old chin wag why not stand at the back of the venue?  Or better still, do us all a fucking favour and stay at home where you can regale  all five of your twitter followers with the enthralling  minutiae of your tedious little life.  It’s incredibly rude, disrespectful and generally pisses everybody off . It’s not just puce faced, oak headed, knuckle dragging males that are to blame, pissed up females are just as guilty with their shrill giggling , group hugging and incessant high-fiving. At a Mary Chain gig this wouldn’t  be a problem (although in his youth Jim Reid may well have wrapped his mic stand around your neck)

But when you get a band like Bats  for Lashes who, let’s face it, aren’t really about sonic fury, the last  person you want standing next to you is a bassoon voiced ignoramus who’s idea of  whispering makes Brian Blessed resemble Harpo Marx.  Have we really developed such a short attention span these days? So here at the VPME we say no more! We say it stops now and have produced the above T.W.A.T.S guide . We are looking to expand it to include more gig-going no-nos and irritations which you can email us or leave a message in the comments section.

For example is it really necessary to ring up a mate as soon as Laura Marling gently strums her guitar and bellow ‘I’M AT A LAURA MARLING GIG , YES, YES , IT’S WICKED… Sorry what, I CAN’T HEAR YOU?  …WHAT? WHAT?. . . Excuse me, Laura love? Can you keep it down a minute? I’m on the phone here? ’

Maybe this is the way to deal with it ?

Of course it’s not just inane chatter that may get your goat, it might be more general advice such as ‘It’s perfectly acceptable to approach the band, post gig and ask politely if they’d pose for a photo but if you do so make sure the flash is on and that you know how to work your camera  for fuck’s sake!”  I actually witnessed one fan take numerous photos with a singer who was fast developing a rictus grin. The last straw came when said fan reviewed the last photo and commented ‘Sorry, but you don’t look very nice on that at all so I’ll take some more!!’  Exasperated, she responded politely but firmly ‘sorry, I think that’s enough now, we do have to leave soon’  to which he retorted ‘Well thanks a lot!’  – I kid you not !

So folks what are your gig going anathemas?  I realise this is not a new battle cry and has been highlighted by blogs and zines in the past but the more we draw attention to this issue  the better.

Here are some more discussions on the subject

Great article on the 405